In 2019, I began contributing to the Essay'd project. Essay’d publishes 30 short illustrated essays about Detroit artists per year. The essays are intended for a general reader, and aim to broaden the audience for Detroit art. The writers choose the artists they write about. Essay’d uses the writing project as a platform to organize exhibitions, events, artist talks, and workshops on art writing, publishing, and curating. The revenue from these endeavors, in conjunction with funding from various foundations, allow writers, artists, and editors to be paid.

Included here are abstracts from my contributions with links to the full essays. 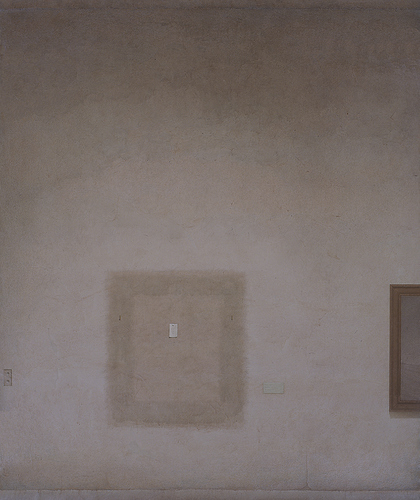 From 1951 to 1985, Jeffrey Abt’s father worked as a traveling salesman dealing in costume jewelry. With suitcases packed, he traversed a sales region that encompassed south Nebraska, Kansas, south Oklahoma, and east Colorado. Abt accompanied him on occasion, allowing insight into what is routinely a salesman’s solitary life on the road. His absence at home instilled a sense of rootlessness in Abt, compounded by the knowledge of the displacement that his parents experienced as Jewish refugees fleeing Nazi Germany during World War II. 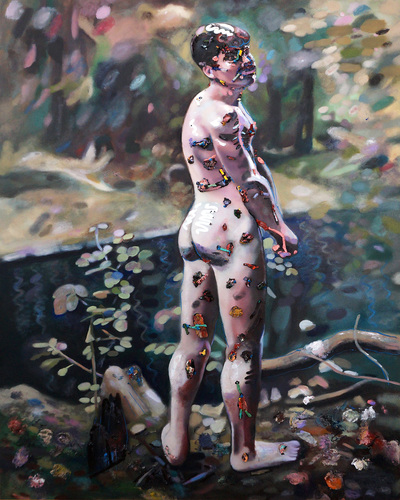 John Maggie practices an exuberant form of syphilitic painting, a disease of imaging afflicted merrily upon the construct of painting itself; a good-humored sickness that attacks the root of pictorial convention. This is both painting and anti-painting. Maggie takes the banal trappings of tradition—the landscape, the still life, the nude, the maritime, the equestrian—and joyfully slings mud at them. 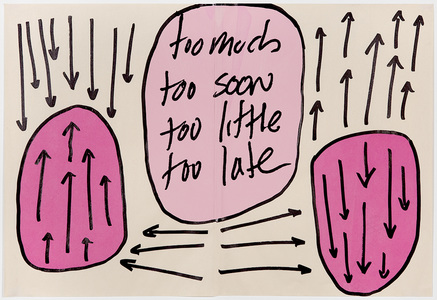 Prints, performances, drawings and zines: Emmy Bright’s work emerges from an organic process of notational delirium. Post-It notes fan out and curl, bridged by scribbled lines, insistent arrows, underlining, highlighting, and circled text fragments—thoughts redacted and reclaimed. The smell of a Sharpie lingers. A palimpsest of equations forms. Pages are taped together to expand space for addenda. Much of Bright’s imagery begins as something she terms “stupids”—diagrammatic jottings that employ slapdash methodology to disrupt normative thinking and jumpstart philosophical inquiry. For her, profundity can reside beneath that which we dismiss as idiocy. When examined, a moment of stupidity may reveal latent, meaningful instincts. With humorous schemata that collide the rational and the irrational, Bright fleshes out the absurdity of the behavioral structures we rely upon to govern our relationships with ourselves and one another.